ELECTRIC FENCING: AN EFFECTIVE WAY TO OUTSMART INTRUDERS OR BLUFF? 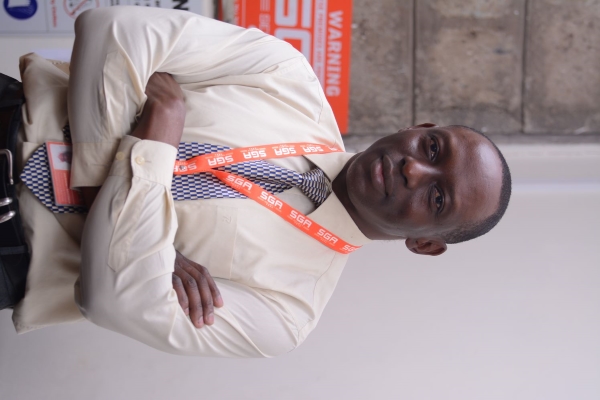 Electric fencing: An effective way to outsmart intruders or bluff?

In March this year, in what bore the hallmarks of a cinematic operation, detectives from the Directorate of Criminal Investigations (DCI) made child’s play of a feat that many would consider suicidal when they scaled up a high security wall and gained access to the palatial home of former Sports Cabinet Secretary Rashid Echesa in Karen.

To the surprise of many, the sleuths chatted leisurely among themselves as several in their numbers scaled the fence, clutching stiff wires, basically what looked like top wall electric fence, before they dropped into the compound.

The intrigues, gallantry and politics aside, this exploit shone the spotlight on what many consider an impenetrable deterrence tool in the real estate market: the electric fence. Is it really all that it is touted to be?

The electric fence is among the more visible deterrents to would-be intruders, and is in many cases, the first line of defense against intrusion into a premise.

The very sight of a set of solid wires that threaten a deadly jolt of electric shock at the slightest touch is sufficient to make potential intruders think twice before contemplating trespass.

But, for all its spine-chilling looks, an electric fence may not ultimately guarantee controlled access.

Intruders could still scale the fence and land into what one would assume is a well-guarded property.

Power energisers emit a non-lethal electrical current, either continuously or in pulses, as per the property owners specification.

The fence’s deterrence value is largely based on its ability to transmit electric shock to a would-be intruder.

“An intruder can use an insulator, such as a heavy blanket, a piece of polythene or a carton to cover the lines and cross over,” Diang’a told Boma.

Diang’a, who is the Monitoring and Response Operations manager at SGA Security Group, a property owner can take several measures to increase the deterrent value of an electric fence.

To be assured that the property is covered, one can reinforce the electric fence by means of security beams, also known as point-to-point beams (an early warning system).

They work fairly simply and generally come in two parts – a transmitter and a receiver and razor wire (strong wire with sharp edges).

“Lines without the razor wires and reinforced with an electric fence ere a challenge because someone who has knowledge on insulating the lines can gain access,” he explains.

In addition, one may consider the use of alarms, connected to the fence, as a way of creating a mechanism that allows homeowners to quickly ascertain whether or not there is an intruder on the property.

“For commercial premises, we advice our clients to connect the fence to a trigger alarm system that gets activated whenever there is an intrusion and alerts a response team,” he says.

Ideally, an electric fence is just one cog in a larger wheel of security apparatus that links the fence to an alarm system.

Under this arrangement, a security company rents out a transmitter to a client.

Diang’a says it takes little ingenuity to test for electric current in an electric fence.

One only requires a material that can complete the circuit, and this might be anything from a freshly cut twig to a piece of wire.

Some electric lines emit tiny sounds that indicate passage of electric current, which makes it easier for a potential intruder to know of the danger and how to handle it.

Some people choose to erect a stand alone electric fence (a fully electrified fence acting as the only perimeter security) or atop a building, both of which are appropriate choices according to Diang’a.