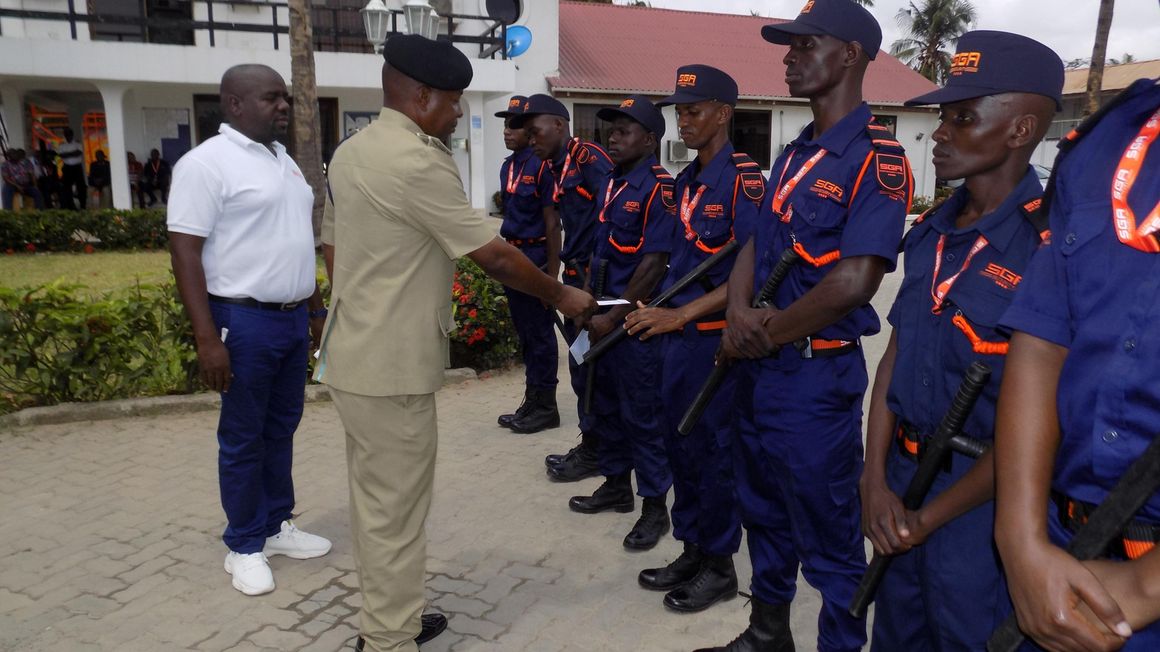 He also commended the SGA policy of recruiting officers from disciplined forces.

He called upon security companies to emulate this, as it rids the private security sector of criminals as people of integrity take security roles.

SP Kasanga also noted that SGA is gender considerate, as a good number of the graduates were female, and most of them did well, outshining their male counterparts and took several awards.

“This demonstrates that there is a career for women in private security”, he added.

He advised the officers to remain vigilant and avoid temptations like food, alcohol since criminal laze them with drugs, then rob. He warned them against behaviours like lending out uniforms of firearms to criminals, misusing phones while on duty and giving criminals information to attack.

“Our secret is in the revolution of their internal processes, and forging partnership with stakeholders like police to empower our team to perform well in all sectors and surpass customers’ expectations,” Mr Sambu said.

“We are continuously reengineering our processes, investing in technology and our people, now about 6,000, to ensure that we get it right always”, Mr Sambu added.