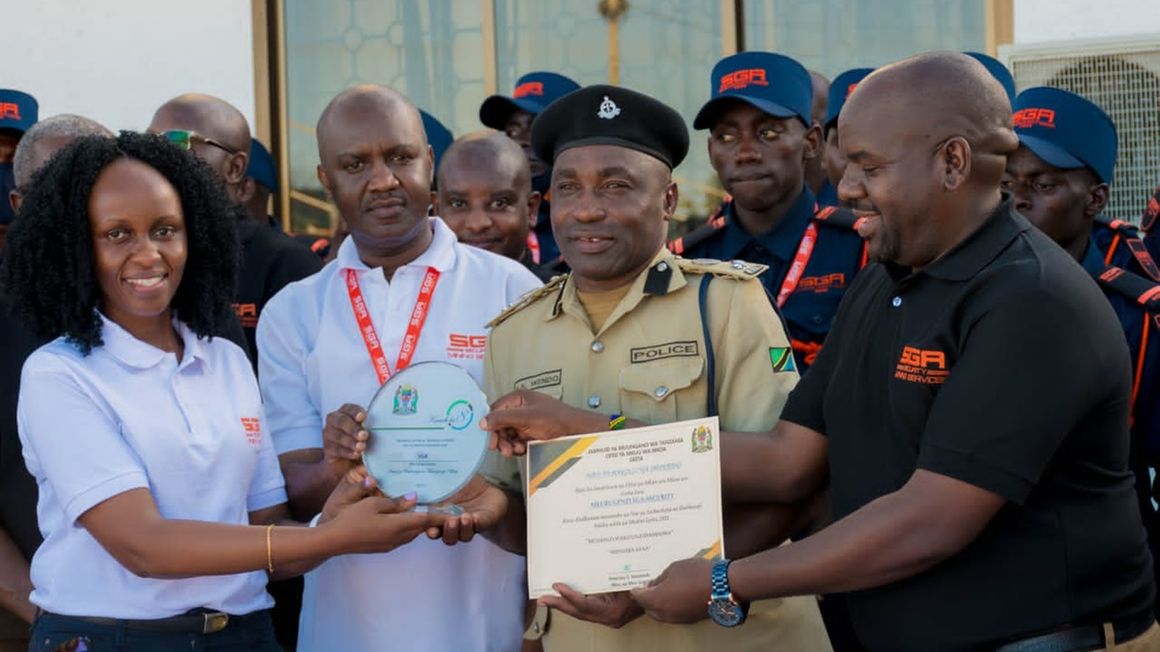 Kinondoni OCD, SSP Ally Wendo (third right) with SGA Security staff as they display the award that the company won during the Mining Expo in Geita recently. Others from left are the Sales and Marketing Manager Faustina Shoo, Administration Manager Holythur Mlambiti and the Managing Director, Eric Sambu

“SGA has been great partners to Tanzania Police Force, way before the concept of community policing came in, and we witness this across the country where they operate”, said SSP Wendo.