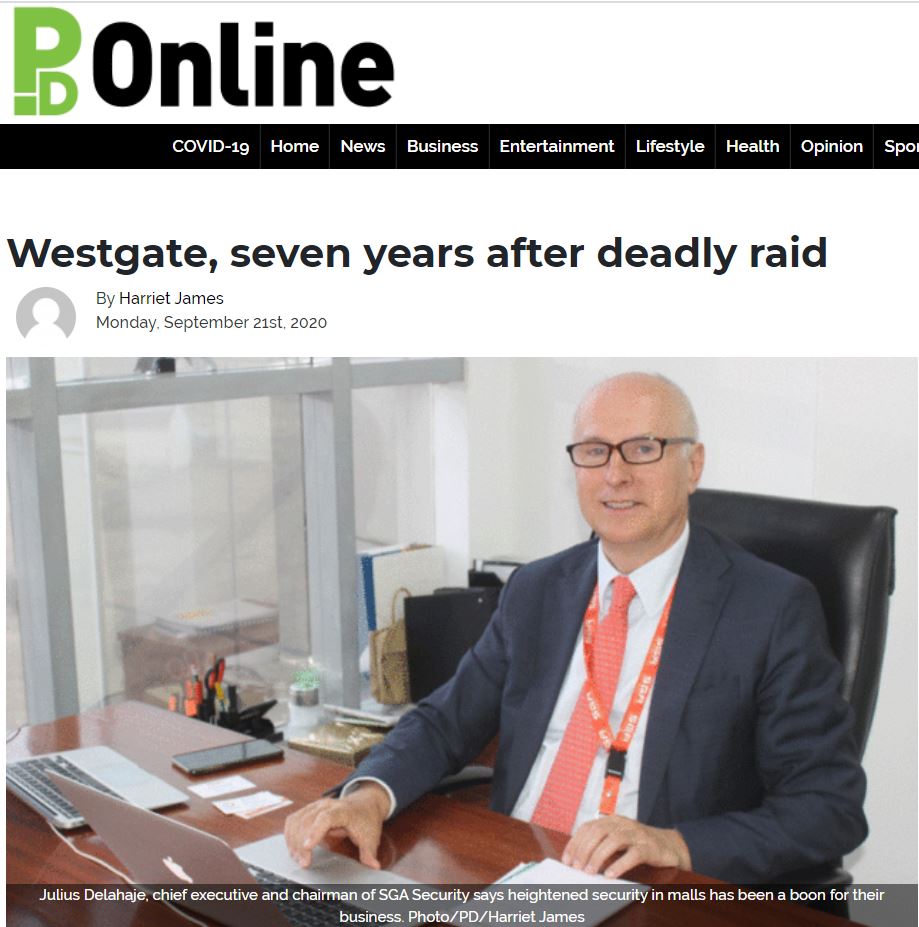 On September 21, 2013, Ganesh Shetty, the General Manager at Gametronia had just stepped out of his shop at Westgate to visit their branch offices at Sarit Centre. Then he heard a loud bang.

“At first, I thought it was a bank robbery but it later turned out to be a terror attack.

The events of that day are etched in my memory. Even now, just the thought of it makes me sweat,” he recalls.

Ganesh recalls donating blood to assist the affected victims, as there were many injured people who needed help.

The trauma of this incident made him shelve plans to celebrate his birthday, which was six days later.

Though he still gets chills talking about the incident, he has let time heal his wounds.

He opened his shop at Westgate in 2012 and he recalls that during that period the place used to be a hub of activities, buzzing with people from all walks of life.

Scores of people would visit the mall to shop, do business or even hang out with friends.

During the attack, Ganesh lost some of his staff members and their goods  were damaged.

As a result, some of his staff members are still traumatised to date and some of them ask for a day off during the anniversary of the attack because they cannot stand being there.

“ There is some kind of fear and laxity that makes you feel like you don’t want to work or come to the mall,” he says.

The mall re-opened in 2015 after reconstruction, as huge sections had been destroyed in the incident.

Many big businesses and luxury brands re-opened their stores to show solidarity, courage and resilience.

They include Ashley’s Beauty Centre as well as ArtCaffe restaurant. Out of  Artcaffes 19 branches, the Westgate Mall branch was and still remains one of its flagship stores.

“Even though we were seriously affected, ours is a resilient brand and there is that particular community of loyal clientbase who still come back and enjoy our services,” says a senior employee at Artcaffe who refused to be named because he is not authorised to speak to the press.

Today, security has been beefed up at the mall and an Israeli firm is in charge of security operations.

As visitors enter the mall they must first pass through a number of checks, that includes an airport- style screening.

Vehicles are also checked for explosives detectors, and scanners are used to check underneath them for bomb. They also have bulletproof guard towers.

“The type of security checks that happen here is equivalent to taking a flight. Things have changed because security is high,” explains Ganesh.

Since the incident, shopping centres in the vicinity have heightened security as well. For instance, in the Two Rivers mall, there are over 300 security cameras.

They also have number plate recognition that makes the security team adopt a more relaxed approach while searching shoppers and also keep track of every vehicle that gets into the mall.

For security companies such as SGA security, one of the positive outcomes of such attack is the heightened need for protection, which has made Kenyan firms their biggest client base.

“This is a serious issue that requires a serious approach. For instance, we need more engagement with the communities and the government since terrorism is not just a one party concern but the entire nations.

If you can’t start with your own communities and families, how can you then secure the broader picture,?” notes Julius Delahaje, CEO and Chairman of SGA Security.

Though there is safety, most businesses are complaining of low sales compared to other malls.

“The place is secure, but since the incidence, there has been a low turn out compared to how things were before.

We are appealing to the public to visit our mall,” says Patricia Anjili of Lorenzo dry cleaners.

For Ganesh, compared to their stores in other malls, the Westgate one is performing poorly.

“In terms of locations perspective, the sales are actually down and after the attack we lost many customers, particularly those who live around here.

We feel bad because of what happened and it is one of those things that you cannot remove from your memory. We, however, need to move on,” he concludes.