Tips on Physical Security for your Property 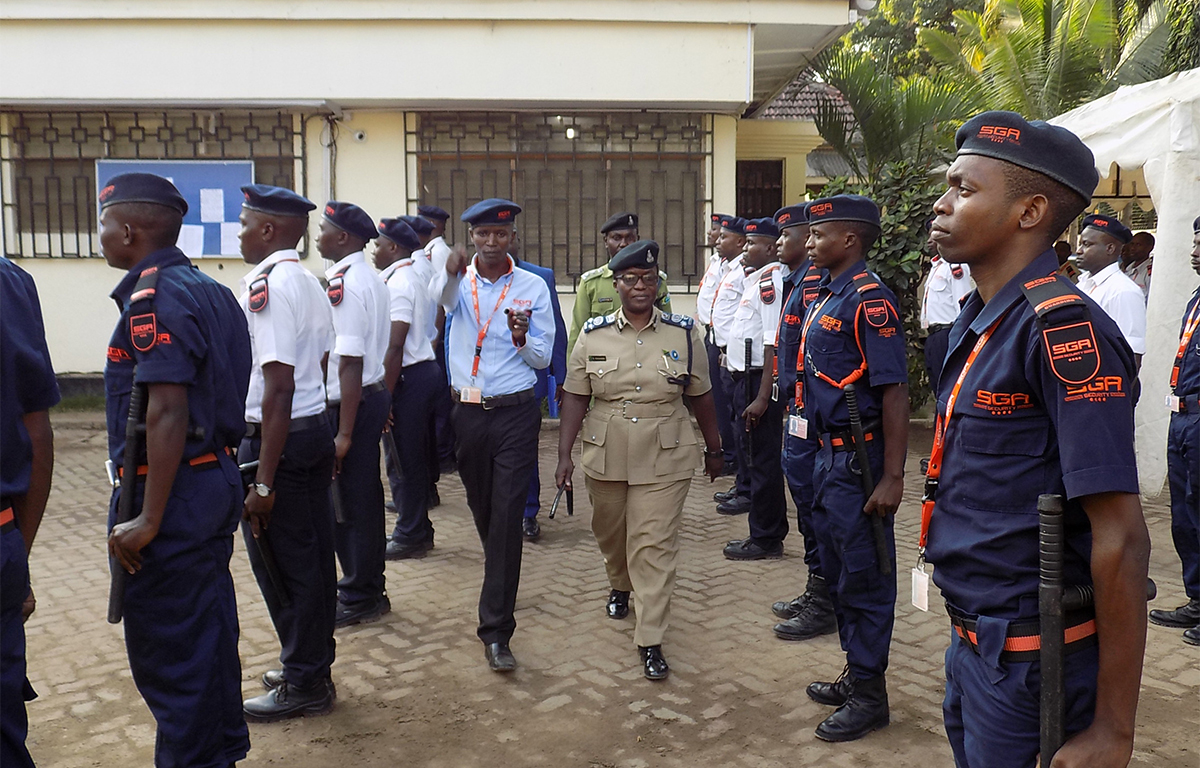 Tips on Physical Security for your property

Abraham Maslow published a paper in psychology called “Theory of Human Motivation” in 1943. He portrayed the human needs in a pyramid shape, with the largest, most fundamental needs at the bottom and the need for self-actualisation at the top. In Maslow’s hierarchy of needs, safety and security ranks high. One of the most basic need for everyone, just after physiological needs (air, water, food, clothing, shelter and sex). He discovered that when a person’s physiological needs are relatively satisfied, their safety and security needs take precedence and behaviour.

We have often received advice on how to go about acquiring property. Of course, risk management is key aspect at every step; taking care of all possibilities of what can go wrong. For those of us in Dar es Salaam, you have witnessed the pain many of us have undergone when your entire life’s effort in building goes up in smoke when your home in marked ‘X’, for demolition. When due process in acquisition, whether outright purchase of developed building or acquiring land and following requisite processes in construction up to certificate of occupancy, questions arise on how safe you are while occupying it. Putting in place physical security measures becomes imperative.

Physical security describes security measures that are designed to deny unauthorized access to facilities, equipment and resources and to protect personnel and property from damage or harm (such as espionage, theft, or terrorist attacks). Physical security involves the use of multiple layers of interdependent systems which include CCTV surveillance, security guards, protective barriers, locks, access control protocols, and many other techniques.

Physical security systems for protected facilities are generally intended to:

It is up to security designers, architects and analysts to balance security controls against risks, considering the costs of specifying, developing, testing, implementing, using, managing, monitoring and maintaining the controls, along with broader issues such as aesthetics, human rights, health and safety, and societal norms or conventions. Physical access security measures that are appropriate for a high security prison or a military site may be inappropriate in an office, a home or a vehicle, although the principles are similar.

SGA Security can help you identify the risk in your property and design appropriate solution to counter these risk, by carrying our physical security survey. For you to appreciate the measure that needs to be considered, below is a summary of potential solutions, in general.

The goal of deterrence methods is to convince potential attackers that a successful attack is unlikely due to strong defences.

The initial layer of security for a campus, building, office, or other physical space uses crime prevention through environmental design to deter threats. Some of the most common examples are also the most basic: warning signs or window stickers, fences, vehicle barriers, vehicle height-restrictors, restricted access points, security lighting and trenches. You have probably spotted SGA Security orange warning signs in many properties as you drive around. given the reputation of the company if offering quick response and well-trained guards, the would-be intruders will think twice before attempting.

Physical barriers such as fences, walls, and vehicle barriers act as the outermost layer of security. They serve to prevent, or at least delay, attacks, and act as a psychological deterrent by defining the perimeter of the facility and making intrusions seem more difficult. Tall fencing, topped with barbed wire, razor wire or metal spikes are often emplaced on the perimeter of a property, generally with some type of signage that warns people not to attempt to enter. However, in some facilities imposing perimeter walls/fencing will not be possible (e.g. an urban office building that is directly adjacent to public sidewalks) or it may be aesthetically unacceptable (e.g. surrounding a shopping centre with tall fences topped with razor wire); in this case, the outer security perimeter will be defined as the walls/windows/doors of the structure itself.

Another major form of deterrence that can be incorporated into the design of facilities is natural surveillance, whereby architects seek to build spaces that are more open and visible to security personnel and authorized users, so that intruders/attackers are unable to perform unauthorized activity without being seen. An example would be decreasing the amount of dense, tall vegetation in the landscaping so that attackers cannot conceal themselves within it, or placing critical resources in areas where intruders would have to cross over a wide, open space to reach them (making it likely that someone would notice them).

Security lighting is another effective form of deterrence. Intruders are less likely to enter well-lit areas for fear of being seen. Doors, gates, and other entrances should be well lit to allow close observation of people entering and exiting. When lighting the grounds of a facility, widely distributed low-intensity lighting is generally superior to small patches of high-intensity lighting, because the latter can tend to create blind spots for security personnel and CCTV cameras. It is important to place lighting in a manner that makes it difficult to tamper with (e.g. suspending lights from tall poles), and to ensure that there is a backup power supply so that security lights will not go out if the electricity is cut off.

Alarm systems can be installed to alert security personnel when unauthorized access is attempted. Alarm systems work in tandem with physical barriers, mechanical systems, and security guards, serving to trigger a response when these other forms of security have been breached. They consist of sensors including motion sensors, contact sensors, and glass break detectors.

However, alarms are only useful if there is a prompt response when they are triggered. In the reconnaissance phase prior to an actual attack, some intruders will test the response time of security personnel to a deliberately tripped alarm system. By measuring the length of time, it takes for a security team to arrive (if they arrive at all), the attacker can determine if an attack could succeed before authorities arrive to neutralize the threat. SGA response team does well on this aspect and has saved a number of situations from turning ugly. Loud audible alarms can also act as a psychological deterrent, by notifying intruders that their presence has been detected. In alarm response, almost 95% of the time, the team is responding to false alarms, creating an expectation when responding that it is most likely a false alarm. This causes delay or lack of preparedness to combat a situation.

Surveillance cameras can be a deterrent when placed in highly visible locations and are also useful for incident verification and historical analysis. For example, if alarms are being generated and there is a camera in place, the camera could be viewed to verify the alarms. In instances when an attack has already occurred, and a camera is in place at the point of attack, the recorded video can be reviewed. Although the term closed-circuit television (CCTV) is common, it is quickly becoming outdated as more video systems lose the closed circuit for signal transmission and are instead transmitting on IP camera networks.

Video monitoring does not necessarily guarantee that a human response is made to an intrusion. A human must be monitoring the situation in real time to respond in a timely manner. Otherwise, video monitoring is simply a means to gather evidence to be analysed later. However, advances in information technology are reducing the amount of work required for video monitoring, through automated video analytics.

Access control methods are used to monitor and control traffic through specific access points and areas of the secure facility. This is done using a variety of systems including CCTV surveillance, identification cards, security guards, and electronic/mechanical control systems such as locks, doors, turnstiles and gates.

Electronic access control manages large user populations, controlling for user lifecycles times, dates, and individual access points. For example, a user's access rights could allow access from 0700h to 1900h Monday through Friday and expires in 90 days. These access control systems are often interfaced with turnstiles for Entry control in buildings to prevent unauthorized access. The use of turnstiles also reduces the need for additional security personnel to monitor everyone entering the building allowing faster throughput.

An additional sub-layer of mechanical/electronic access control protection is reached by integrating a key management system to manage the possession and usage of mechanical keys to locks or property within a building or campus.

Security personnel play a central role in all layers of security. All of the technological systems that are employed to enhance physical security are useless without a security force that is trained in their use and maintenance, and which knows how to properly respond to breaches in security. Security personnel perform many functions: as patrols and at checkpoints, to administer electronic access control, to respond to alarms, and to monitor and analyse video. SGA Security offers a one-stop shop for all these solutions.